For the exhibition, this year is a year of change: for the first time, the organizers have divided the exposition, which has become crowded in the old Vieux Port, into motor and sailing, moving the latter to Port Canto, next to large brokerage yachts. Of course, both the organizers and participants were worried: will it work? Will sailboats lose an audience that might be too lazy to go to the other end of the Boulevard de la Croisette?

Fortunately, it was exactly the opposite. With much more space, the exhibitors built spacious representative booths and were able to accommodate as many yachts as they wanted, so that the organizers did not have to refuse anyone, as they had before.

Two ports – focus on the future

Visitors also responded to the changes with enthusiasm. Land and water shuttles and ferries went like clockwork, there were no difficulties in moving between ports. It was probably the first time that Port Canto saw so many people almost simultaneously: 15,000 people visited the sailing section of the exhibition by land, and a thousand more arrived by water.

Yes, the layout of participants has partially changed, but in addition to numbering the stands, a convenient color display of zones has been used to simplify navigation. When talking to exhibitors, we asked their opinion about the separation of sailing and motor fleets, and the feedback was positive. Some hoped for a reduction in the cost of participation due to the expansion, but this did not happen: prices remained the same, except that they gave a 10% discount to those who took stands in two ports.

The organization of the exhibition space has undergone some changes. Along with well-known brands in their usual places, there was a clear ordering of them: grouping boats by standard sizes, forming a separate cluster of boats-RIB in the center of the harbor, a coastal zone with outboard and stationary engines, etc.

But the main reason that the exhibition has pleased us in a way that it hasn’t for a long time is the incredibly strong competition in the yacht market. Every year dozens of new brands appear, once-bankrupt companies rise from the ashes, and all of them, fighting their way through, try to crowd out less agile large shipyards. Those, in turn, do not want to share a piece of the pie with the «upstarts» and respond with a carpet bombardment in the form of numerous new, often more affordable models. And a fresh wind blows over this battleground, carrying the pollen of innovation, inhaling which, engineers, designers and even «salespeople» inevitably begin to invent — in the best, creative sense of the word.

Often the result exceeds expectations. This can be seen in the innovative external forms of boats, in even bolder layouts, in interesting engineering solutions and even in the approach to marketing, which ceases to be monotonously boring. There is a joke that marketing is not about getting people to buy stuff, but about choosing the right kind of stuff. I am especially pleased that this applies to the yacht industry to a lesser extent.

If the task is not just to list the world debuts, then it is very difficult to single out the «most-most» among hundreds of premiere and simply interesting boats. The only suitable criterion, perhaps, is «like — dislike», which is difficult to object to: it is a matter of taste, and this is a purely personal matter. But when we think about some of the yachts shown at the exhibition, we will not follow the logic of the alphabet, but the chronology of our visits to the stands of companies; these visits were agreed long before the start of the Cannes Yachting Festival.

Volvo Penta has unveiled its latest development, the electric Saildrive bottom column, two of which were installed on the Lucia 40 (Fountaine Pajot) sailing catamaran. In general,» there is talk » that the Swedes plan to concentrate extremely on electric propulsion, which indicates the obvious prospects of this direction.

In addition, many interesting engineering solutions could be noticed at the exhibition — from large to detailed ones. An example is the original type of anchor device, which is a reclining fragment of the stem (seen on several boats).

You can remember a lot more. How was a sailing regatta involving catamarans or a boat show with a length of up to 12 m built between 1935 and 2018, where Ellen took first place (Backdecker Berolina, 1969), however…

After each yacht show, the most vivid moments remain in your memory. Six days of the 42nd Cannes Yacht Festival are long gone. The exhibition fleet dispersed: some boats returned to the shipyards or to their owners, others went to boat shows in Genoa, Monaco and even overseas. But there is still a sense of celebration, a clear understanding that the yacht industry does not stand still and the Cannes Film Festival is developing in parallel, setting new records for attendance and the size of the exhibition fleet. And all together, this promises the appearance of new boats in the near future, which means that some will have something to write about, and others will have something to conquer the seas on. 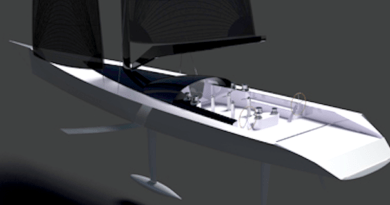 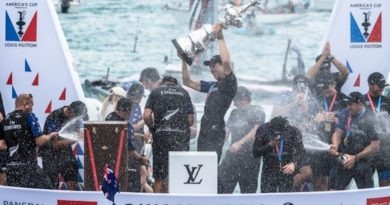 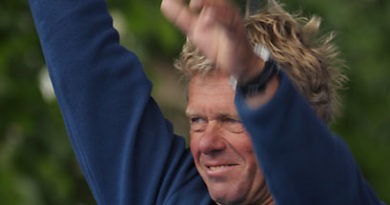