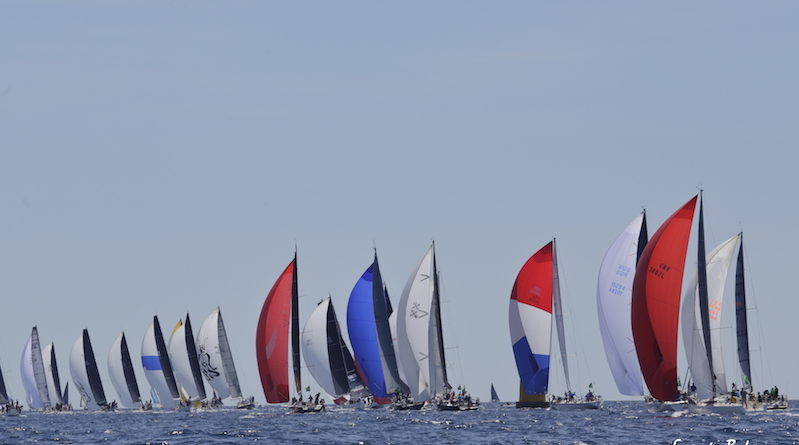 At 12:00, the race committee of the Yacht Club Italiano sounded the start gun for the long race of the Rolex Giraglia. The yachts headed for the Giraglia rock driven by a good crisp wind of about 15-20 kn

After the suggestive Rolex crew party with 2900 guests on the Ponche beach, on the stroke of midday today the start procedures began for the long race of the 67thedition of the Rolex Giraglia. Regular starts for the impressive fleet that was split into four groups, with the smallest (Groups B IRC/ORC) leading the way, followed at 10 minute intervals by Group A, the group 0 and then the Giraglia X 2 entries.

It was thrilling as ever to see such a mixed fleet leave the quays of Saint Tropez head out of port for the long race: 241 miles with still uncertain weather keeping up the suspense that reigned on the quayside this morning. The word record was on many people’s lips, and many guesses were made about the chances of breaking the record of 14h56m16s set by Igor Simcic’s Maxi Esimit Europa 2 in 2012. In any case, the expectations on board the faster boats were for a race of less than 24 hours with good wind pressure dropping on the way back (for the bigger yachts). The weather outlook remains uncertain, anything can happen, especially with the stronger wind expected for Friday the 14th. Among those expected to stop the clock in under 15 hours are the big Maxis such as Rambler 88 and Magic Carpet Cubed – which again in this race can count on the tactical skill of Jochen Schuemann, helped by meteo guru Marcel Van Triest.
And also among the “small” yachts it will be interesting to follow the performances of Vincenzo Onorato and Patrizio Bertelli, both on board vintage boats; the 1974 Swan 38 Mascalzone Latino for the Neapolitan Onorato and the splendid Vanessa, designed by Giulio Cesare Carcano in 1975 with Mr. Prada on board. Patrizio Bertelli can count on a strong crew including veterans (the Brazilian Torben Grael, for example) and younger members coming directly from the Luna Rossa base in Cagliari. After the gun, the bigger boats quickly drew ahead on the leg towards the offset mark at the Formigue and then headed south-east for the long descent to Corsica.
The finish for this edition is in the waters of the Principality of Monaco where everything is ready to welcome the fleet.

Here are the records of the long race of the Rolex Giraglia in the past 10 years:

THE YACHT CLUB ITALIANO
Founded in Genoa in 1879, the Yacht Club Italiano is the oldest sailing club in the Mediterranean. Based in the Porticciolo Duca degli Abruzzi, the YCI has always aimed to popularise yachting and organise regattas. The Rolex Capri Sailing Week, the Rolex Giraglia, the World Cup Series and the 2.4 Worlds, the last to arrive in chronological order, are just some of the international regattas organised by the YCI. The Coppa Carlo Negri, the Trofeo SIAD Bombola d’oro, the Millevele and many other events distinguish the present and future of the Club, which is always ready to accept new challenges. As is traditional, BMW will be alongside the YCI as a partner also for this regatta with the much appreciated shuttle service for guests, press and yacht owners. 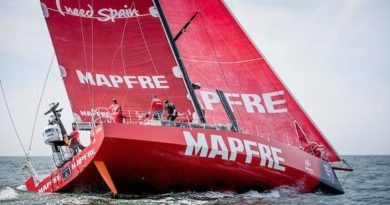 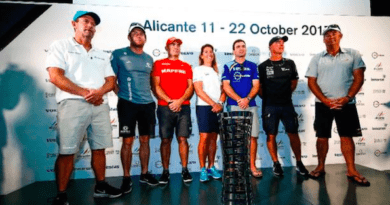